Ecotherapy in the forest? 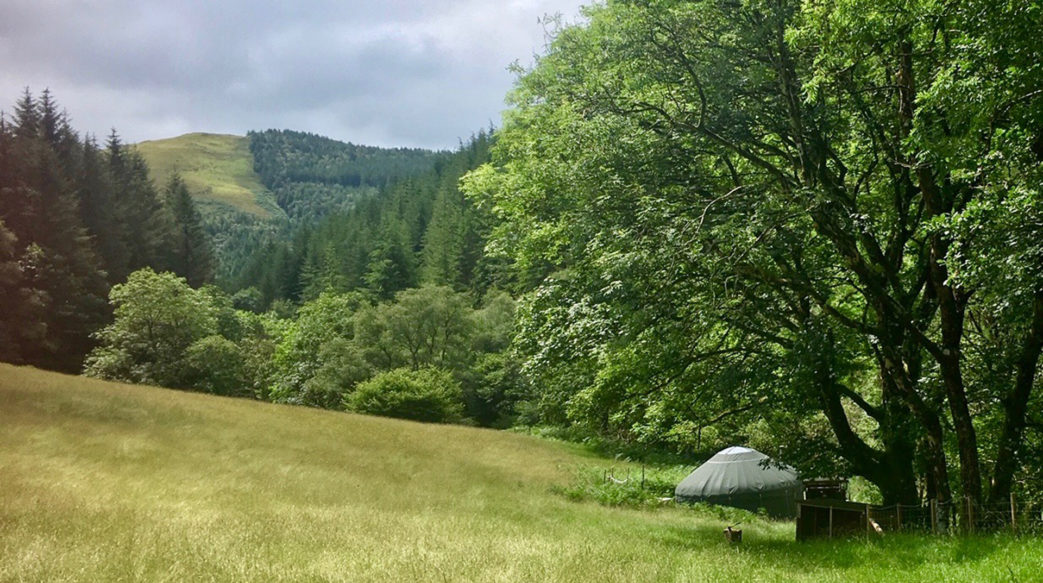 I’m always amazed by the profound effect being in the forest has on our guests. Almost daily I read guest reviews that blow my mind. Is it the effect of ecotherapy?

“Ecotherapy” – also known as green therapy, nature therapy, and earth-centered therapy – essentially means getting out into nature to heal, mentally or physically.

Countless studies have shown that time in nature is good for us. One study found that a walk in the country reduced depression in 71% of participants, and that as little as five minutes in a natural setting, whether walking in a park or gardening in the backyard, improves mood, self-esteem, and motivation. Another reported that “We found that spending time in, or living close to, natural green spaces is associated with diverse and significant health benefits. It reduces the risk of type II diabetes, cardiovascular disease, premature death, and preterm birth, and increases sleep duration.” (perhaps that is why people sleep so well at Eco Retreats!) In Japan, forest bathing is a popular pastime.

Time in nature, or ecotherapy, has loads of benefits for children as well such as increased confidence, creativity and responsibility and reduced stress and fatigue. But incredibly, British children are playing outside for an average of just over four hours a week and 10% of respondents in a recent study had not even been in a natural environment such as a park, forest or beach for at least a year. A term has even been coined for the effects of this alienation from nature: “nature-deficit disorder”.

Sometimes, guests come to Eco Retreats consciously in need of some ecotherapy. Many mention feeling exhausted, and stressed because of their jobs. Some have come for solitude and seclusion after the ending of a relationship or death of a loved one; or after a severe illness. Others just come for a holiday – but still end up feeling the effects of ecotherapy. Just the other day, a guest wrote to me that:

“My time with you was so relaxing, that on the drive home .. I even found myself driving slower than usual, as I had unwound and relaxed so much without even realising it…”

I often reflect how little support our modern culture offers when times are tough. In a world where community has to a large extent broken down and peer pressure to prove we are doing great seems to be increasing all the time, we sometimes feel we don’t know where to turn. In these difficult times, it’s amazing to know that nature is waiting there for us and all we need to do is get out there and allow it to work its magic. It really is that simple.

While various structured ecotherapy programs exist, a walk in the park, sitting by the river, taking a pause to really notice the flowers, or a weekend forest retreat are all great ways to experience ecotherapy for yourself.

Most of us can feel that there are parts of us – physically and emotionally – that have fallen out of balance. In nature, new energy and peace can flow effortlessly to these places.

Here at Eco Retreats, we are so grateful for the part we play in enabling people to venture deep into the forest and experience the power of ecotherapy.

As summer gives way to autumn, we may feel a natural turning inwards in preparation for the colder seasons. It’s the perfect time for some ecotherapy in the forest – we’re open till end October so there’s still time to join us this year!

Emma Leigh Burton
2019-10-13T17:43:06+0000
We have just had the best weekend here in the ash valley yurt ! It’s definitely a holiday everyone will remember for a long time ! Thank you for making such a... special placeread more

Natalie Morris
2019-08-28T15:32:34+0000
Just had an amazing few days relaxing in the River Yurt. Beautiful stunning location, peace & tranquility a time to just chill out and watch our daughter play... on the open meadow & river. The outdoor bath was perfect on a summer evening to lay back and watch the sky come alive with stars!! Would definitely recommendread more

Rachel Harper
2019-08-26T10:57:20+0000
We’ve just had the best 2 nights in the Ash Valley yurt! The outdoor bath was brilliant! Complete privacy, if you don’t include the sheep 🐑 my 11yo boys have... loved chopping wood, starting fires, making dens and playing in the stream whilst my partner and I sat back, relaxed and enjoyed the peace 😌 I would 100% recommend this place, Margaret and her daughter were most welcoming. You have everything you need already there. Thank you for such a lovely experience xread more

Charlotte Edwards
2019-08-23T15:10:33+0000
Absolutely magical 😍 I so wish I'd booked for more than two nights! We stayed in the meadow yurt, complete privacy, surrounded by forest and mountains, and... nothing to hear but for birds and waterfalls. There is so much on site to explore we didn't have time to see half of it! We spent an afternoon climbing up the hill behind the yurt and swimming in waterfalls before jumping in that beautiful wood fired bath 😍 and visited a few beautiful spots in Snowdonia. Can't wait to come back!read more

Vik Taylor
2018-10-24T19:49:57+0000
We enjoyed our 1st stay last week for 4 nights with our baby in a tipi and we loved every second of it. we had a warm welcome when we arrived, tipi already... warmed up too. we were supplied with every thing we needed. we enjoyed the lush hot bath looking at the clear sky at night. the view every morning was beautifal. everything so peaceful and quiet. all we could hear was the sound of the running water, trees rustling in the wind and the shoothing sound of wildlife. It was perfect. thankyou to Angus and Margaret. you literally thought of everything. thankyou. Will be booking for next year. cant wait.read more

Karen Morley
2018-07-24T20:27:58+0000
Had a brilliant time in the meadow yurt with our 2 children. It was so peaceful and relaxing, everything that we needed was supplied. It was lovely being... able to sit outside by the fire toasting marshmallows and having bbqs. The bath was amazing being able to totally relax outside in the peace and quiet. Our boys loved it especially the bath and paddling in the river. We would recommend to go try it to every one.read more

Neil Stanton
2018-06-18T14:38:49+0000
Beautiful location and the facilities were excellent. Spent a very relaxing weekend in the Cwm Onnen Tipi enjoying the scenery. Very comfortable and loved the... wood-fired bath. We'll be back next year (hopefully with slightly better weather).read more

Jason Stirzaker
2018-04-04T11:02:49+0000
After a last minute decision to go away for the night we came across Eco-Retreats and their amazing looking Tipis and Yurts, set in equally amazing... surroundings. They were so accomadating for us as we could only stay one night, and had rang up on the same morning we were staying. We got such a warm, friendly welcome and they really do go out their way to be there to meet & greet you (you'll understand just how much when you go). What a truly beautiful site quite literally away from it all. We stayed in the Forest Tipi which was set within it's own patch of land up a short trail to really give it an extra isolated feel. The outdoor bath really is amazing and well worth the wait to warm up, even in early April temperatures and light rain so would be absolutely perfect on more warmer nights. The Tipi itself was equipped with all that you'd need and the Chimenea did a good job of keeping us warm, even with the surprise blanket of snow we got in the night. I'd highly recommend this place to anyone wanting a truly different experience and appreciates being close to nature and getting back to basics, while still retaining the comfort of a bed at night.read more

Louise Gresty
2017-07-26T17:43:03+0000
Brilliant feeling of being miles from anywhere, in a lovely peaceful setting with amazing views, having your own fire either indoors in the stove or outside... campfire and it was very comfortable too.read more

Gracie Hindley
2017-05-15T08:29:13+0000
My boyfriend and I stayed in the Meadow Yurt last weekend. The trip was everything we could have wanted, and more! Beautiful yurt filled with all the equipment... you need for your stay. The wood fired bath was also a huge highlight for us. Would thoroughly recommend to anyone wanting a quiet, stress-free getaway!read more

Rachel Smiler Berwick
2017-04-27T14:02:26+0000
Cannot recommend this place enough. It was our 2nd year back this year with our 4 year old & it never fails to impress. We just love staying in the waterfall... Tipi :) booking process is excellent & the stay is even better especially being able to have a bath in the forest ;) thankyou again and we will see you next year xxxxread more

Will Sfakiotakis
2017-04-14T18:53:22+0000
Highly recommended! (River Yurt) A beautiful place to be, hosted by genuine, welcoming, and helpful staff. We will be coming back! A truly grounding and... humbling experience. Loved it ��read more 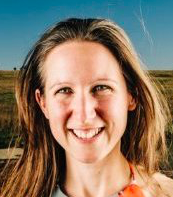 Margaret is a mother, entrepreneur, traveller and writer. Her love affair with wild places began many years ago as she lived and worked in some of the most remote areas of Africa. She and her family lived off-grid for 7 years and experienced first-hand the joys and frustrations of “voluntary simplicity.” Today, she is passionately committed to creating beautiful spaces which allow people to slow down and reconnect. She is a firm believer in the power of the thousand tiny choices we all make every day to change the world.

Margaret is a mother, entrepreneur, traveller and writer. Her love affair with wild places began many years ago as she lived and worked in some of the most remote areas of Africa. She and her family lived off-grid for 7 years and experienced first-hand the joys and frustrations of “voluntary simplicity.” Today, she is passionately committed to creating beautiful spaces which allow people to slow down and reconnect. She is a firm believer in the power of the thousand tiny choices we all make every day to change the world.